We have gotten to know the Ware Meeting House very well over the past couple of years.

This beautiful structure had a fire in 1986. The belfry was compromised, we stabilized it and rebuilt the bell wheel and strengthened the bell carriage, so that the bell could toll again. However, the fire is a critical part of the Ware Meetinghouse story. Rather than replace the damage, we strengthened the structure but kept the timbers — many of which were burned heavily on the surface but which still had a strong core. 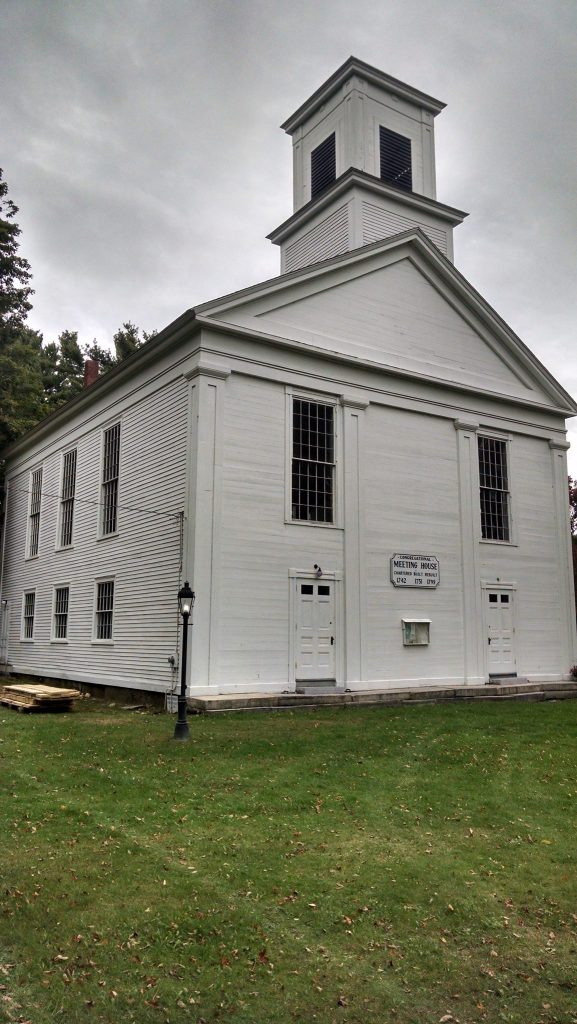 Marty Rohan, vice president of theProprietors of the Ware Center Meeting House spoke of the undertaking, “We spoke with several companies whose work we greatly admire and we are very grateful for their input onto our belfry project. We decided in the end to go with a restoration instead of replacement.” explains . “Believe it or not, we would like to keep some of the fire damage in the belfry. That is the real history of the belfry and the building.” 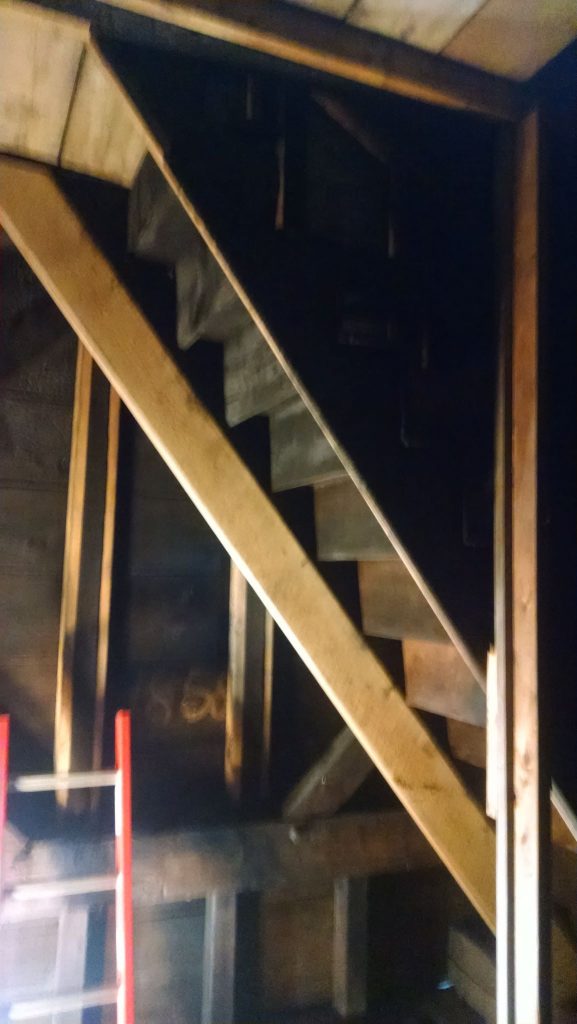 Before we could contemplate hauling the timbers needed for the floor under the belfry, the stair stringer, heavily damaged by a fire years ago, had to be sistered. 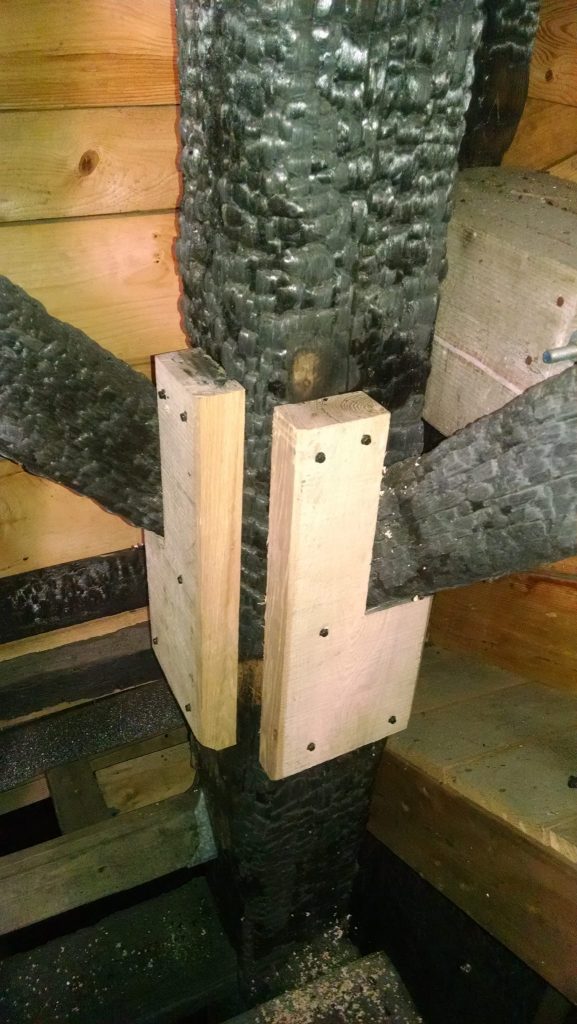 We lagged on some scab plates to help support the bracing and take some of the load.

“After my visit yesterday, I have a new appreciation for this work. That’s sure to reinforce the compromised bell support structure. Even more impressive is the fact that all the assembly has to be done in the belfry after getting to the second floor of the building, climbing a serious extension ladder to squeeze through a small ceiling hatch about 20 feet above floor level and then climbing steep, narrow stairs, through the charred remains to reach the bell platform where there is only enough space to walk around the bell. Every person, tool, fastener, and piece of timber has to go the same route.” – Charlie Newbold, Ware 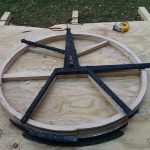 The original, charred bell wheel was all we had to go by. 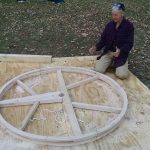 We recreated the bell wheel. Here’s Windy for scale. 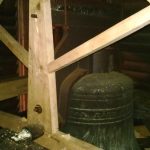 We had to bring each piece to the tiny belfry and assemble it there. 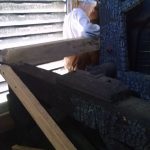 We did some reinforcing in the belfry as well. 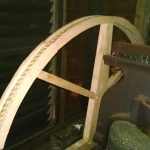 The rope was set into new wheel. 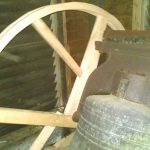 The bell rang for the first time since the fire!